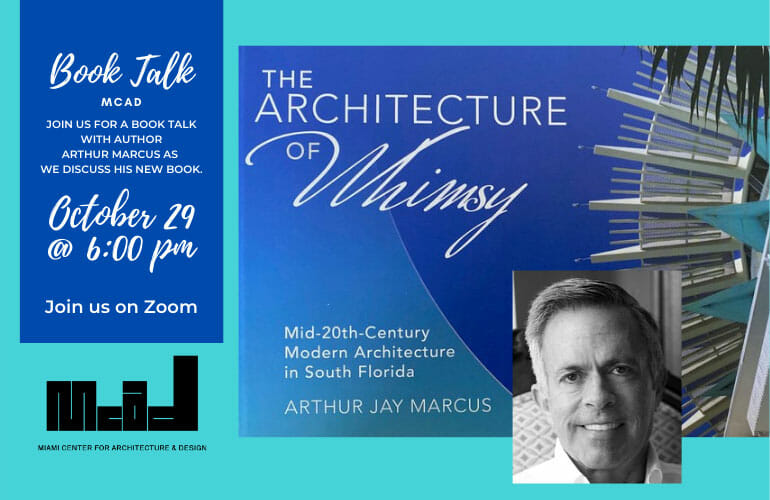 Join MCAD and author Arthur Marcus for a conversation about his book, The Architecture of Whimsy.

The word “whimsy” evokes something playful, capricious or fantastic; and these characteristics define a sub-set of mid-20th-century-modern architecture in South Florida. This fascinating lexicon examines the quixotic architectural expressions found on select commercial buildings in South Florida, as viewed through photographic analysis. Showcasing the work of noted architects from Miami Beach to Fort Lauderdale, it highlights the playful architectural building forms with their dramatic shapes and evocative details, which so well expressed the era’s after-the-War optimism and the region’s carefree resort culture.

Arthur Marcus is an architect, photographer and historic preservationist with his architectural studio in South Florida since 1992. A native of Philadelphia, he received a Bachelor of Arts degree from Temple University and a Master of Architecture from Carnegie Mellon University. Arthur is also a self taught photographer specializing in abstracted views of the built environment. His lifelong passions, architecture and photography, have informed each other over the course and geography of his career. (Photo by Peggy Abrams Photography)