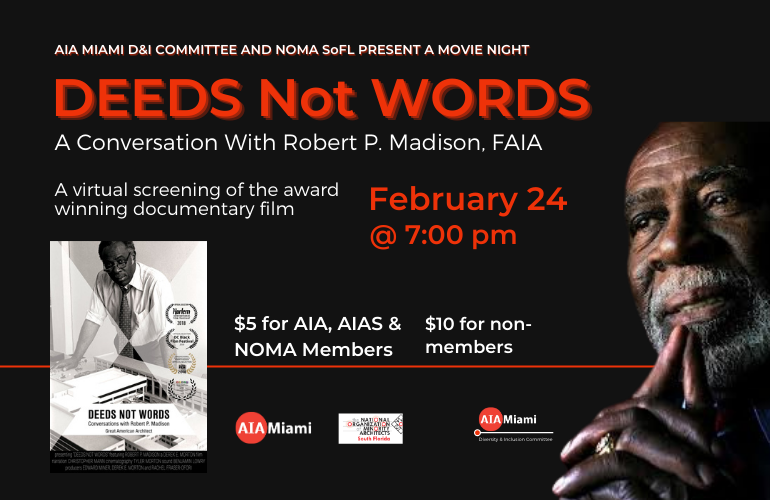 A Conversation with Robert P. Madison, FAIA. A virtual screening of the winning documentary film.

Join us on Zoom for a screening of Deeds Not Words, a documentary film chronicling the life story of Robert P. Madison, FAIA, preeminent architect, orator & patron of the arts. The film tells the story of a man who faced discrimination at every step of the way to his success, but through hard work and persistence, created one of the great American success stories.

Robert P. Madison’s personal story parallels the struggle for civil rights for African-Americans during his lifetime. After earning degrees from Case Western and Harvard Universities, Robert’s Architectural successes would be the stepping off point for a distinguished career and political success.

Sponsored by the AIA Miami Diversity & Inclusion Committee and the South Florida NOMA.